The term ‘functional foods’ may be something you’ve heard of, but it can be confusing to know what these hard-working foods are and how they are beneficial to our health. If you’re scratching your head over how to get more functional foods into your diet, then this is what you need to know.

Britons today are taking more of an interest in their health – particularly post-Covid.

According to the government, in 2021, 7 in 10 adults in England were motivated to get healthier due to the pandemic.

And while the country is on a wellbeing kick, Vitality thinks it’s worth knowing more about ‘functional foods’ and how they can benefit our health.

Functional foods should not be confused with the term ‘superfoods’

Of course, all healthy foods have their benefits.

But functional foods are proven to have additional purposes that are part of their make-up, and legislation exists to prevent manufacturers from making unsubstantiated claims.

What are functional foods?

According to the British Nutrition Foundation, functional e foods deliver additional or enhanced benefits over and above their basic nutritional value”.

“Superfoods are more of a marketing term used by the food industry to sell foods rich in numerous nutrients at higher price points, whereas functional foods contain nutrients that have been shown in countless studies to improve health outcomes,” explains Rachel Clarkson, Specialist Dietitian and Nutritionist, also known as The DNA Dietitian.

“For example, a typical superfood is a goji berry, rich in fibre, potassium, copper, iron and zinc, whereas a functional whole food would be actual berries [such as a blueberry], which contains anthocyanins (a type of phytochemical), in addition to all the other nutrients,” she adds.

“These have been shown to prevent cancer, reduce heart disease risk and keep your brain in good health.”

Functional vs fortified – what’s the difference?

“Whereas fortified or modified foods have had ingredients added to provide the additional health benefits.”

“Foods are fortified either to boost the quantity of a nutrient present in the food, or to restore a nutrient that may have been lost during processing.”

As a result, many fortified foods will also be classed as functional.

A ‘whole food’ example would be omega 3, which is naturally found  in oily fish, while a ‘modified’ functional food would be eggs that are rich in omega 3 because the chicken has been given omega 3-rich feed.

Some common fortified foods include:

Now that we’ve explained the science behind functional foods, here are five that you can easily implement into your diet today.

These foods can be more beneficial than supplements due to their variety of live microorganisms, rather than a few specific strains.

Fermented foods, such as kimchi, produce live cultures that are beneficial to the digestive system

We also know that when our gut plays host to a wide variety of helpful bacteria it has a positive effect on our digestion, but growing evidence suggests it also stimulates the immune system and dials down inflammation.

For example, foods fortified with the Lactobacillus and Bifidobacterium bifidum species can help reduce diarrhoea and calm IBS symptoms.

Prebiotics are a type of dietary fibre that feed our good gut bacteria and encourage them to grow.

“A diet containing a variety of fibrous and fermented foods can promote a healthy gut, which has become increasingly associated with immune function,” says James.

Prebiotics can be found in but is not limited to: artichokes, asparagus, bananas, chicory, tomatoes, garlic, onions and leeks as well as whole grain cereals.

Prebiotic-packed foods, however, are non-digestible, which may sound counterproductive, but bear with us.

By being non-digestible, they pass through the upper part of the gastrointestinal tract (part of the digestive system) and reach the colon to encourage growth of beneficial bacteria.

Not only do prebiotics feed the good bacteria, they also inhibit the growth of harmful bacteria and help to better absorb minerals – particularly calcium.

Another functional food is one that you might have seen advertised on the TV.

Special spreads that claim to help bring down cholesterol are another example of functional foods.

These types of spreads are blended with stanols and sterols, which are naturally present in plant-based foods, such as vegetable oils, nuts, fruits and vegetables,

And these compounds’ superpower is to reduce the absorption of cholesterol, due to their naturally similar structure. 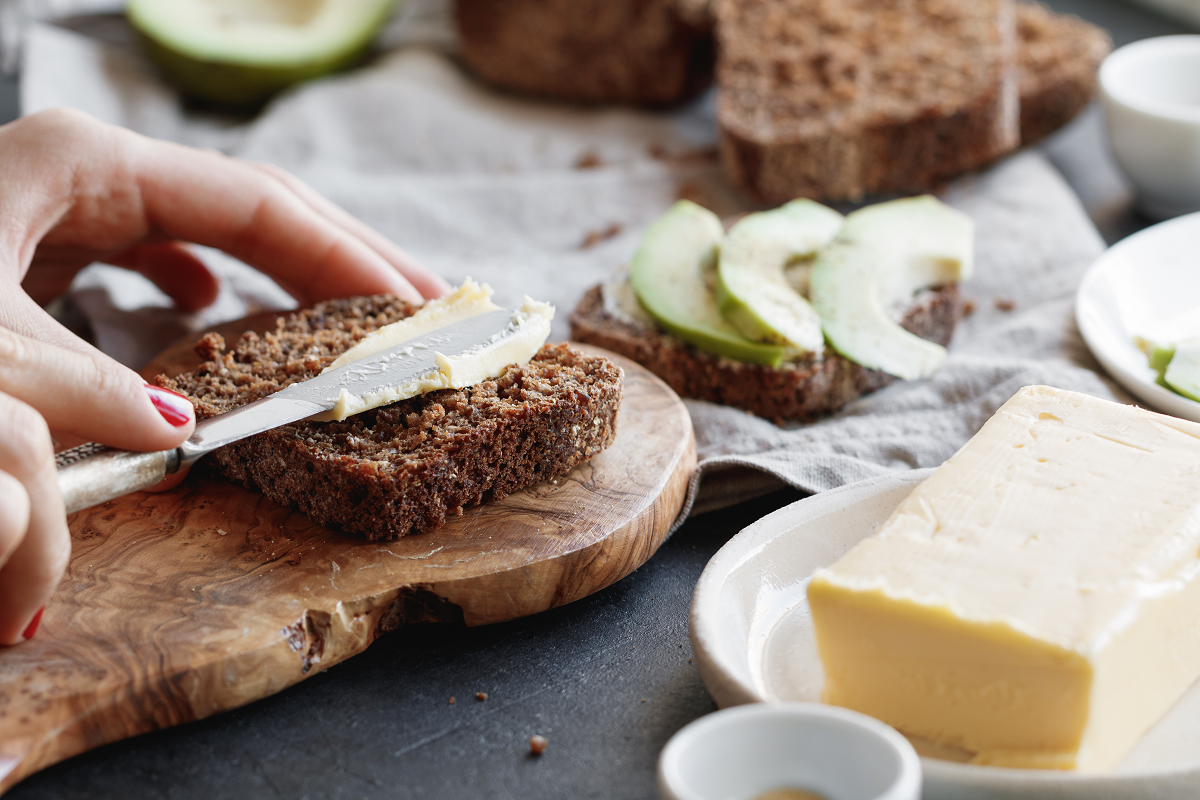 Excess and unabsorbed cholesterol is then excreted from the body.

“A plant sterol or stanol-enriched yoghurt has the ability to reduce cholesterol to help reduce the risk of heart disease,” adds Clarkson.

And there’s research out there that explains the beneficial functions of these foods.

Usually 30-60% of total cholesterol is absorbed from the intestine into the blood, but when plant stanol and sterol esters are present, that falls to around 20%, according to the British Nutrition Foundation, and the reduction of bad cholesterol, or LDL cholesterol, ranges between 6% and 15%.

Britons over the age of 14 are now being told to consume 30g of fibre a day – and there’s no wonder due to the broad benefits.

11 mealtime tweaks to transform your mind, your body and the planet

But there are other lesser known positives to consuming fibre.

These include improving gut health and managing weight, due to the fact they make you feel full.

Research has found that eating a high-fibre diet can also help to cut your risk of heart disease, stroke, type 2 diabetes and bowel cancer.

Fibre is naturally present in fruit and vegetables, beans, nuts, seeds and potato with skins, while ‘roughage’ in wholemeal bread, wholegrain breakfast cereals and brown pasta or rice are another good source of fibre.

The health benefits of omega 3 have been heavily researched.

And some of the best sources come from oily fish, such as salmon, mackerel and sardines.

This is because of their high content of fatty acids:  eicosapentaenoic and docosahexaenoic , for example.

“Omega -3 fatty acids may have the ability to lower heart disease risk, protect against some cancers and improve cognition,” continues Clarkson.

For those that have a plant-based diet, it can be trickier to get your omega 3 intake.

Foods such as flaxseed and walnuts contain , which the body finds harder to convert.

Thankfully, algae and seaweed are some of the best plant-based options for vegans and vegetarians to get the optimum amount of omega 3.

“Functional foods containing omega 3, such as oily fish, also have a benefit to our cardiovascular system and help to reduce inflammation,” says James.

This site uses Akismet to reduce spam. Learn how your comment data is processed.